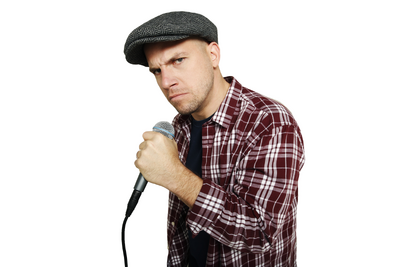 Lloyd Leonard Ahlquist, better known as EpicLLOYD, was born on January 18th, 1977, in Staten Island, New York. He has been professionally performing for 13 years as an MC, improviser, actor, and writer. He is the creator and writer of the Dis Raps For Hire series. Along with Nice Peter, he is also the co-writer/creator of Epic Rap Battles of History. He also started the Hopefully It's Friday Vlog, uploading episodes every other week. He is one of the founding members of Mission IMPROVable. He is currently married to Josie Ahlquist, and has been since 2009.
Retrieved from "https://dis-raps-for-hire.fandom.com/wiki/EpicLLOYD?oldid=4148"
Community content is available under CC-BY-SA unless otherwise noted.